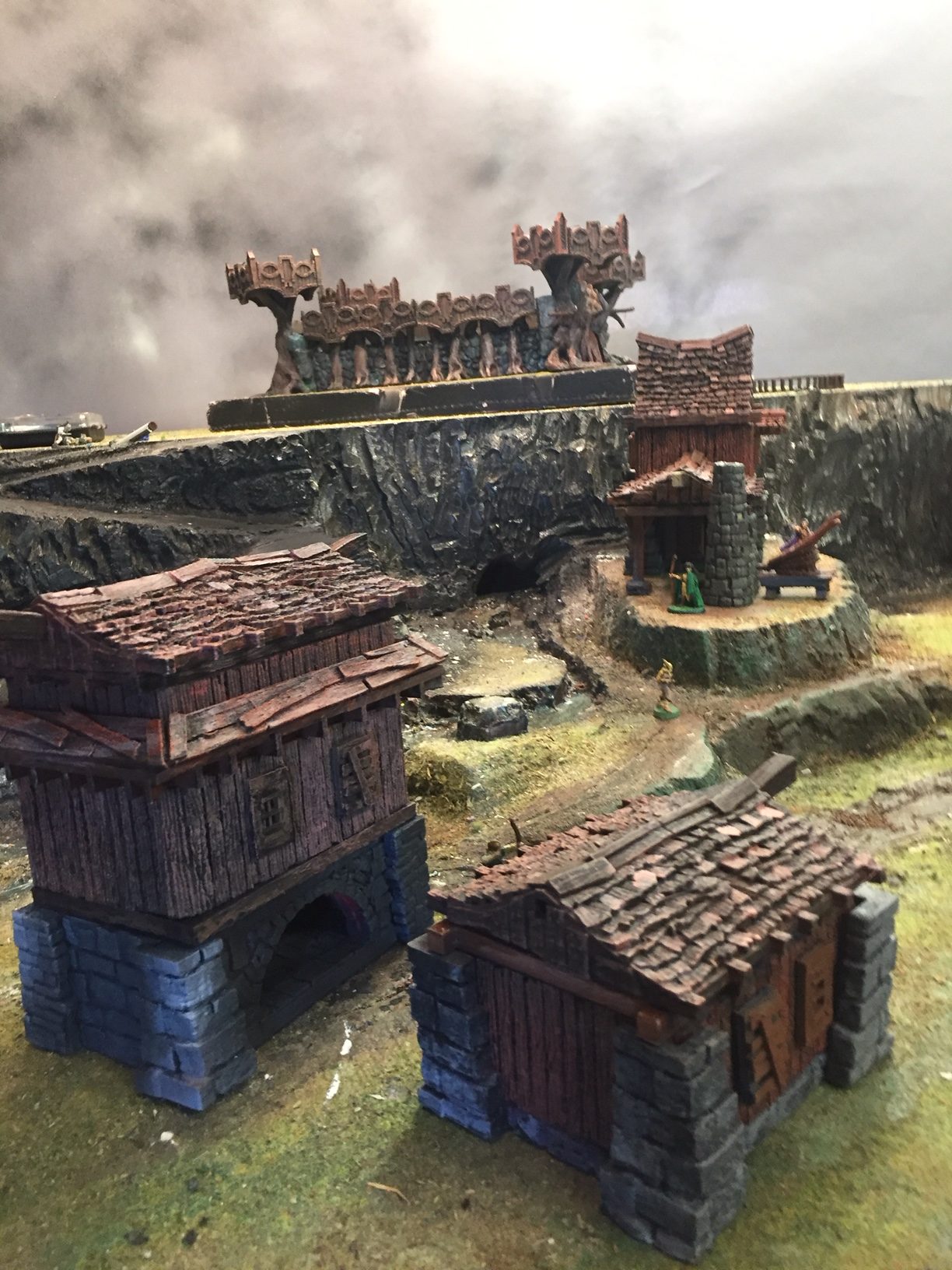 Our Elf Terrain for 3D Printing Kickstarter launched on April 30th and has funded after an hour, though our goal was not particularly high. We are well on our way to opening some stretch goals and I intend to fill those out with some more elf stuff.

The main contents will include the Elf Outpost and Open Peg based stackable buildings that will be Openlock friendly. I should mention that stacking on openLOCK bases will require you to cut off the tabs on the top of your walls. But if you’re anything like me, you already have a bunch of tiles that pre-date the wall tabs and you have another stack of tiles with tabs that broke off on their own.

We finished filming for an OpenPeg video overview and an intro campaign film on Sunday. I think it went great, it’s in the editors hands now. Also here is a new imgur album with a ton of what I am calling “SlumScrapers.”  It’s what I imagine Landfall would be full of from the old D&D mystara setting. Anyways enjoy!

Here are the graphics layouts

7 thoughts on “Elf and Medieval Terrain for 3D Printing KickStarter Launched and Funded.”